How long is Freefall in Skydiving?

Freefall is, for most people, the best part of any skydive. The rush of the wind in your hair, the thrill of seeing the sights from up high, the incredible rush of knowing you’re falling, unsupported, through the sky… it all makes for one of the most memorable experiences of your life.

It can also feel like it’s over in a split second! Sensory overload, caused by all the new sensations, can make it feel like the freefall is a flash of amazingness that’s over all too quickly.

Of course, the reality is that freefall is a large part of the jump. Here, we’ll explain how long you can expect to be in freefall depending on the type of jump you’re doing. 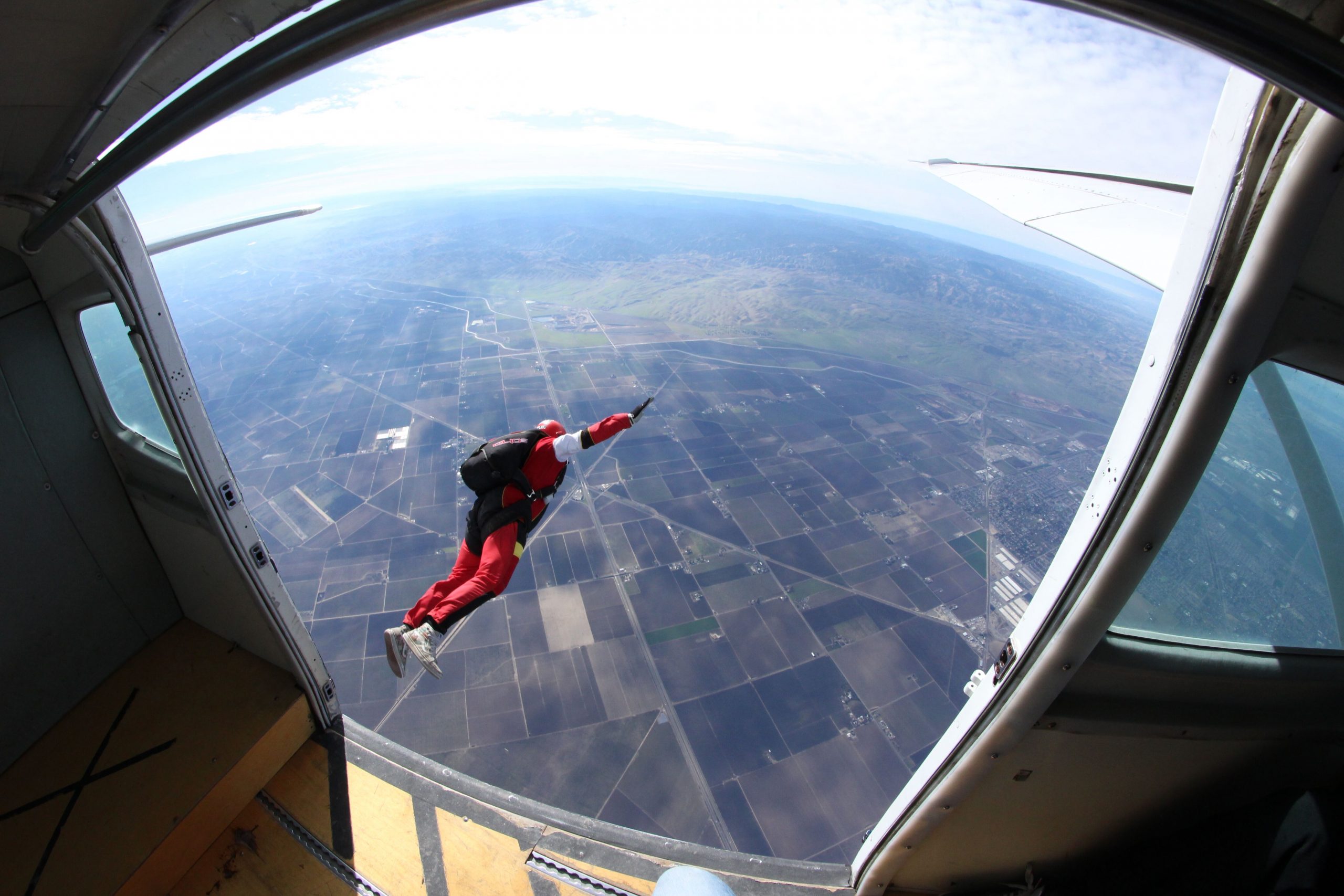 How long do you freefall in a tandem skydive?

Tandem skydiving is the most common way to experience skydiving for the first time. This is where you’re strapped to an experienced instructor who operates the equipment for the both of you, meaning you’re (almost) a passenger on the front (though when you come to jump with us, you’ll learn about the role you play in the skydive and how to adopt the correct body position and so on).

Your tandem skydiving journey starts with an airplane ride up to our exit altitude. Once there, you’ll move to the airplane door with your instructor and exit into freefall.

So how long do you freefall when skydiving? Freefall itself lasts around 45 to 60 seconds. During this time, you’ll be able to look around you and to take in the views or, if you’re paying for a video of your jump, to make faces at the camera that will be in front of you! 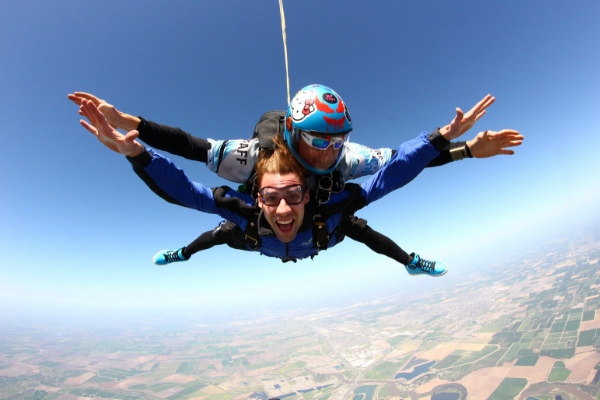 How long do you freefall in a solo skydive?

There are plenty of disciplines within skydiving which changes the rate at which you fall and therefore the amount of time in freefall. Here are just a few:

Freefall with a wingsuit “squirrel suit”

Wingsuiting is a popular discipline that involves wearing what’s looks like a flying squirrel suit. The whole body becomes a wing.

This changes the fall rate of the skydiver and decreases it significantly by increasing their surface area and helping them to fly across the sky rather than straight down.

Wingsuiters will be in freefall for between one and three minutes, depending on the wingsuit design and the skydiver’s experience in piloting it. 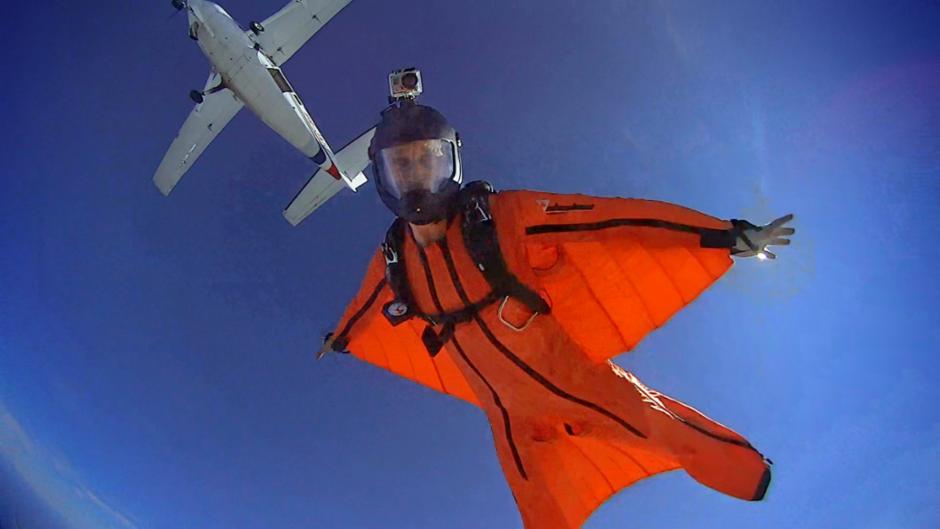 Conversely, freeflying is a discipline that increases the rate of descent because it’s about flying your body on different axis.

For example, freeflyers will fall to earth in a standing or head down position, which means their surface area is reduced and their rate of descent increases.

This means freeflyers will typically be in freefall for between 30 and 60 seconds.

Relative work, or RW, is the discipline of falling in the stable belly to earth orientation used in tandem skydiving, but doing so as a solo jumper jumping with a group of other solo jumpers (as opposed to tandems).

These groups range from 2 to hundreds of skydivers but are most usually groups of between 4 and 8. The belly to earth orientation gives the skydiver a greater surface area than freeflying. For this reason, they fall slower.

RW skydivers are typically in freefall for around 60 to 90 seconds. 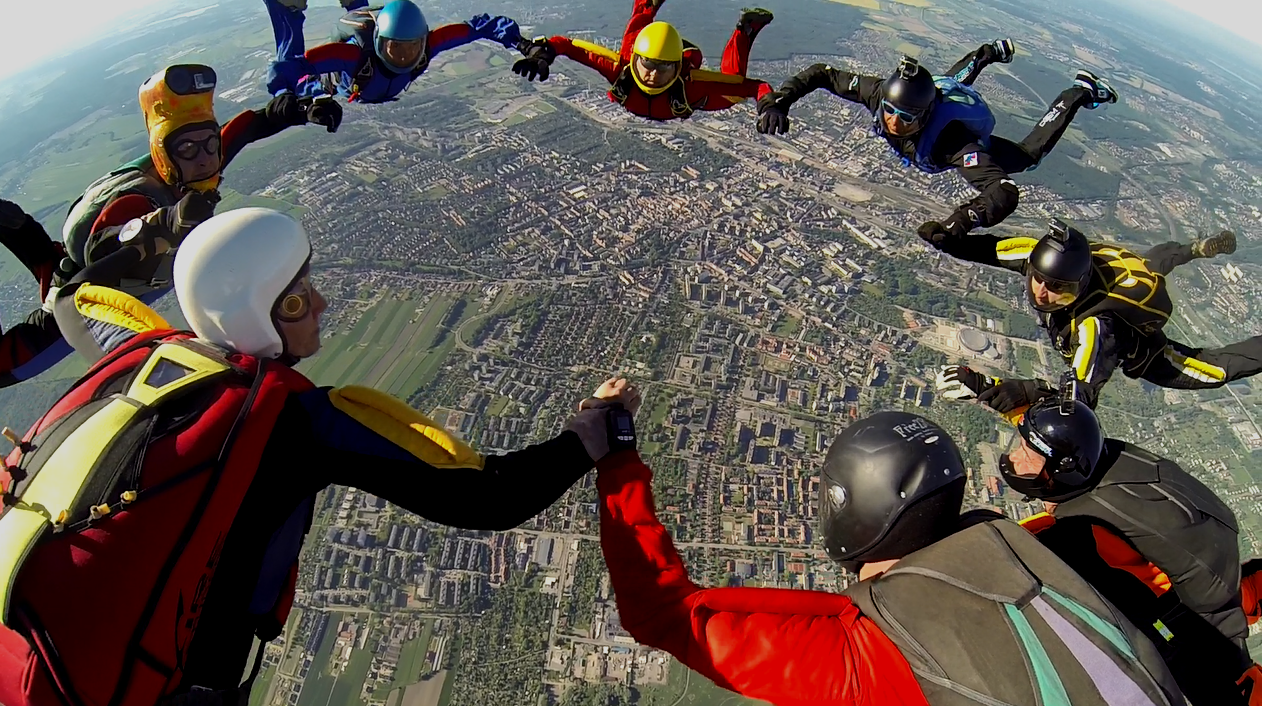 Not all skydives are about freefall. In CRW (canopy relative work) skydivers opt to open their parachutes as soon as they exit the aircraft. These ‘high pulls’ can also be done for simple fun or during the process of learning to skydive.

Freefall time is reduced to a minimum when someone has a high pull.

Want to find out how freefall feels? Find out about tandem skydiving with us or get in touch if we can answer any questions for you.