What are Drogues in Skydiving?

Especially if you’re a fan of cool engineering feats, you may have seen drogues used in several capacities — sea anchors on boats, safety systems on fighter planes, space shuttle landings, drag racing. These fabric constructions look like parachutes, but they’re not true parachutes, and once you start looking for them, they seem to be everywhere. But what does a drogue do in skydiving? As it turns out when they’re attached to tandem skydiving gear, they do the same thing they do everywhere else: they slow things down.

In the picture below, you can see a white drogue flying above the tandem skydiving pair. 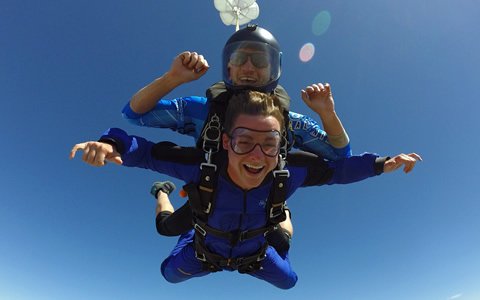 In the skydiving application, the use of a drogue actually has three key jobs:

Is  A Drogue A Parachute?

Nope. A drogue is not a parachute. The “para” part of parachute refers to the fact that a parachute is designed to be used to slow a load (or a person) down to the point where the load (or person) will, y’know, survive the “chute” (French for “fall”). A drogue is not designed for that. If you tried to use a drogue for survival and you weighed more than the average housecat, you’d have a bad day.

On any given tandem skydive, one of the instructor’s most important jobs is to deploy the drogue very soon after getting out of the plane. The drogue helps to hang the tandem pair like a pretty little Christmas ornament in the sky, doing a fine job of helping the pair to remain in a stable belly-to-Earth position in freefall.

You probably know that solo skydivers fall at about 120 mph. Because of the increased mass introduced when you add the weight of a second person, the terminal velocity of a tandem pair makes it way closer to a whopping 200 if you leave it unchecked. A drogue brings that number back down to the much more manageable (and, y’know, reliably survivable) parachute deployment speed of 120. Neither parachutes nor the folks who wear them are likely to have a good time if the parachute deploys moving down at two hundred miles an hour.

The extra drag created by the drogue has another knock-on benefit — it provides a handy means of tugging the parachute out of the container it lives in so you and your tandem instructor can enjoy a nylon-assisted descent. It procedure is simple: with the drogue open overhead, the instructor just needs to pull a handle to release the system that holds the parachute in place, and the drogue literally drags the deploying parachute out into the air where it can do its job. 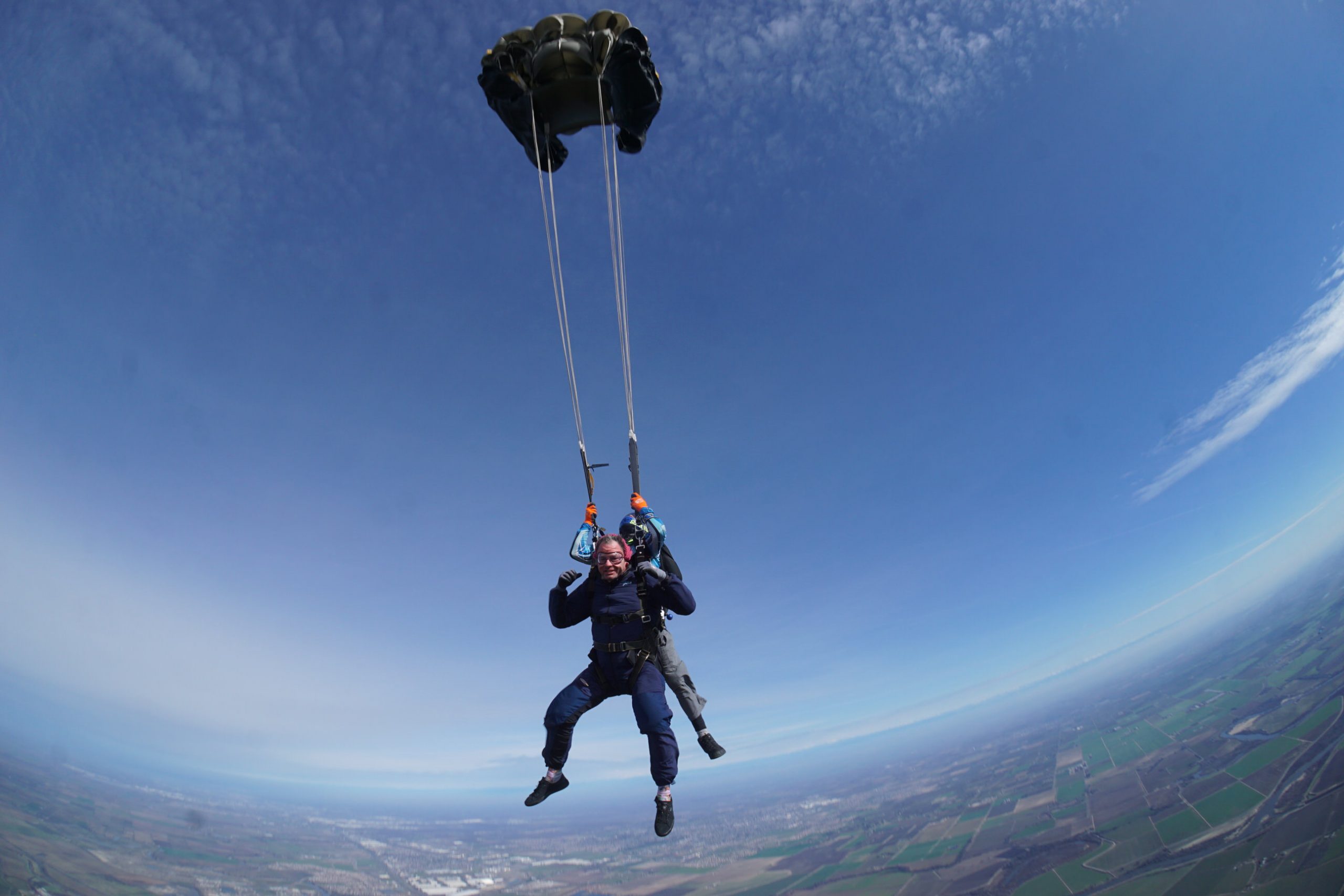 Curious about this — or do you have any other burning questions about skydiving gear? Lay ‘em on us! We love to answer skydiving questions.

Related Article: Do Skydivers Have a Backup (Reserve) Parachute?

9 months ago by Skydive California

9 months ago by Skydive California

11 months ago by Skydive California