You may have thought you knew all the skydiving facts, but may we present to you some info to get your facts straight.

1. The Date The First Skydive Was Ever Made Is Earlier Than You Think.

On October 22, 1797, the first recorded parachute jump was made by André-Jacques Garnerin. He jumped from a hydrogen balloon, more than 3,000 feet above Paris. Lack of an air vent in his design resulted in a pretty wild ride, but he landed uninjured–albeit rather far from the spot he had intended to land. In 1799, his wife Jeanne-Genevieve made a jump–which makes her the world’s first female skydiver.

2. It’s Rare To See Round Parachutes Anymore (outside Looney Tunes, That Is).

Though round parachutes are still the go-to for cartoon parachutists, they haven’t been in common use for a very long time, because they are nigh unto impossible to steer and result in bag-of-rocks landings. What took the place of them? Ram-air canopies, which stiffen with air pressure to create a steerable airfoil that lands softly and sweetly. 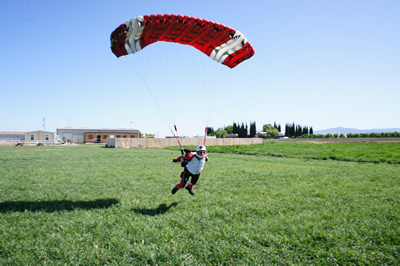 3. Red Bull Didn’t Bankroll The Highest Jump Ever Made.

Software engineer, Robert Alan Eustace, did a jump that didn’t get much media attention as the Red Bull Stratos project, but ended up with more impressive numbers. Eustace’s 2014 descent also involved a balloon and a desert landscape, but lasted fifteen minutes and involved falling nearly 26 miles. His top speed was faster than 800 miles per hour. For this, Eustace set new world records for both the highest freefall jump and total freefall distance (of 123,334 feet).

Though the phrase “pulling the ripcord” is pretty common in non-skydiver parlance, ripcords are super uncommon in actual modern skydiving. Instead, we use pilot chutes, which are small parachutes that pull the pins holding in our main parachutes. It’s a little complicated to explain in writing, but we’re happy to show you how it works at the dropzone (and then, of course, perform an in-air demonstration!)

Despite what you’ve seen in the movies, having a conversation in freefall is a total impossibility. It’s just too loud! There’s a lot of wind rushing by, you know. It’s like having a conversation from car to car when you’re moving 120mph. We communicate using hand signals, but suffice it to say: we’re not philosophizing. 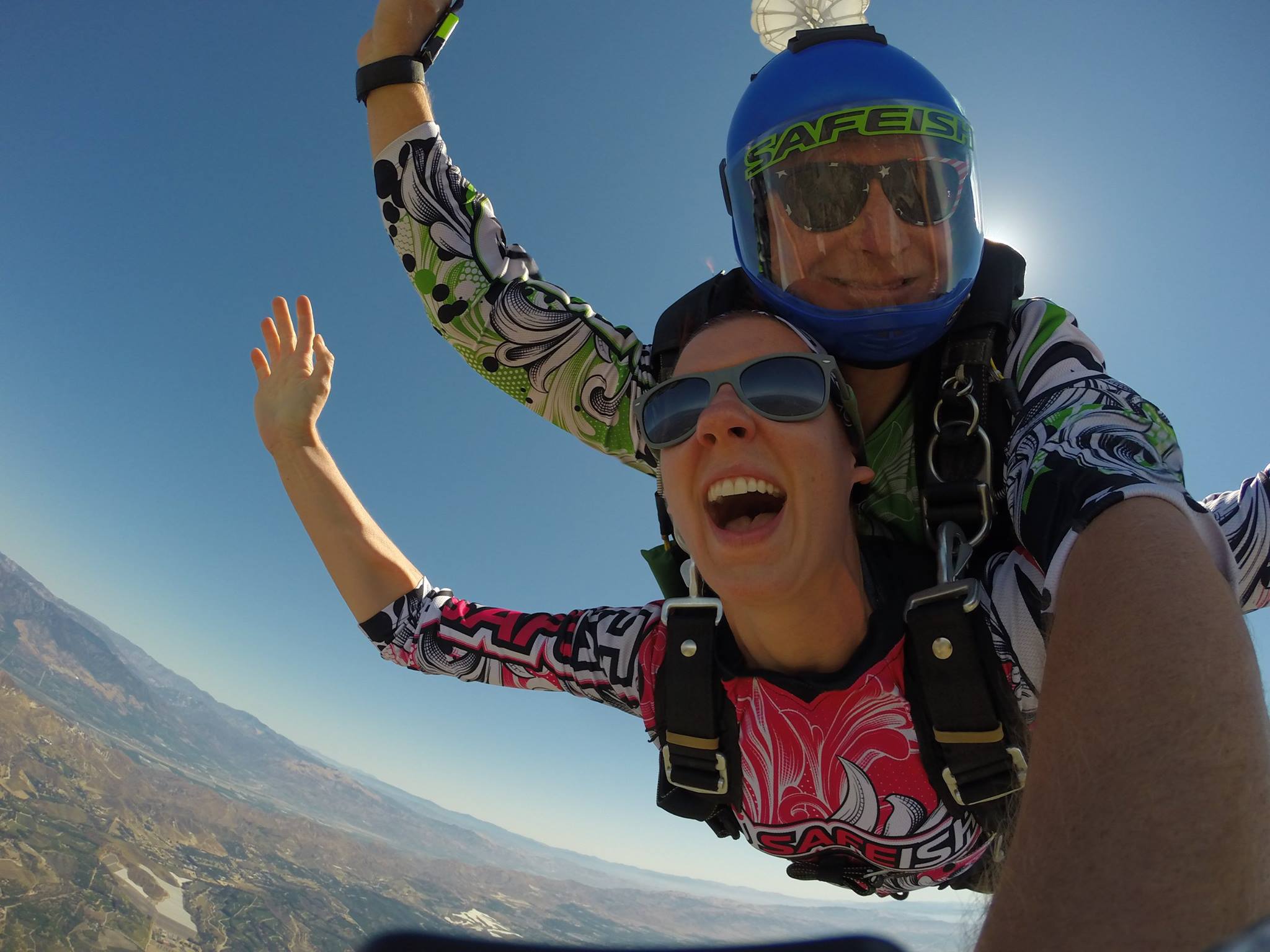 6. When Your Parachute Opens, You Don’t Go Up.

The relative motion of two skydivers means that when one pulls his/her parachute and slows his/her descent, it looks to the one that’s still falling like the “puller” is moving upwards. It’s just a trick of perspective.

7. Flying In A Wingsuit Isn’t Going To Happen For A While (but It’s Worth It!).

It takes a lot of jumping first. No wingsuit instructor will take a skydiver for his/her first wingsuit jump who doesn’t have more than 200 solo skydives in the ol’ logbook. Wingsuiting is a very challenging discipline that requires expert-level bodyflight skills and intimate knowledge of emergency procedures.

Loved these skydiving facts? Guess what? We’re taking applications to be just as crazy as we are–and we get the feeling you’re a perfect fit for our free-wheeling, cloud-filled looney bin. Let us show you around! Book your skydive today!